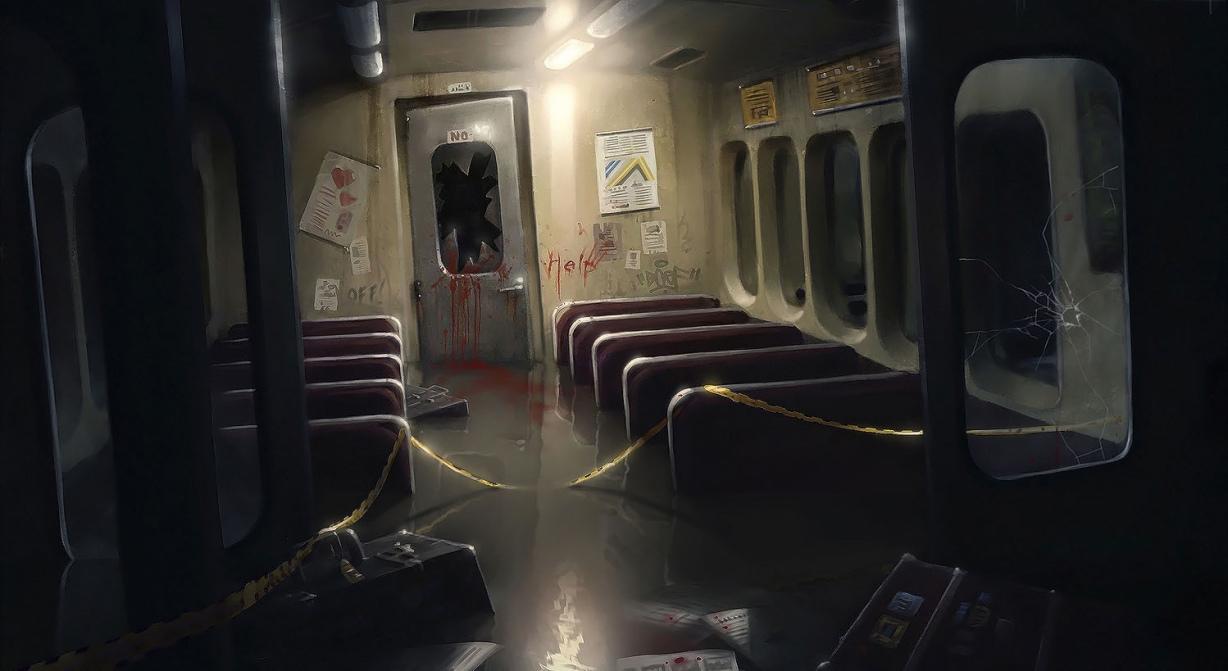 Train to the stars

Inspiration strikes when you least expect it.

Vincent van Gogh once said looking at things for a long time ripens you. Gives you a deeper meaning. I’ve stared into this blank canvas for months. The only thing ripe here is my body odor. My inspiration has run dry and I blame Marion.

“Nice work, Picasso,” she mutters from the studio door. She says Picasso like she’s spitting out a pubic hair she found in her latte. She was once my muse—my guiding light to reach the stars—but lately she’s only offered up sarcasm. “I see you’re working sans paint, as usual. Nicotine stains are a pathetic medium, you know.”

Van Gogh dreamt of stars. He believed the sky’s shining dots should be as accessible as the black dots on any map. I can only see their blinding white light glaring back at me as I chain smoke one Newport after another. My muse is supposed to help me reach those stars, reveal the secret destinations hidden beneath canvas and deliver me to artistic revelations like a runaway train. Marion has me delayed at the station.

“Cat got your tongue or have you been huffing solvents again?”

I ignore her, my eyes peering into the canvas texture, down into weaved crevices where inspiration hides. There was a time when her slightest gesture—a finger twirling a lock of hair or her eyes twinkling mischief—sent me into a painting frenzy.

Now her well of inspiration is stagnant. Sour. Repulsive.

“Seriously, Marko, get up off your sorry ass and do something. I didn’t sign up for this bullshit.”

Van Gogh said to suffer without complaint is the only lesson we have to learn in life. Perhaps this is why he cut off his ear.

I bore into my starless canvas, begging it to speak. My eyes hone in until my vision bursts with sparkles, an image just beyond grasp. A faint mirage shimmering in white desert sands.

“At least take a shower,” Marion says, interrupting the vision.

I struggle to keep its edges committed to memory. I pictured a train’s passenger car filled with empty seats, a grimy floor and a shattered door. Was it offering answers? Possible deliverance from this block? What does it mean?

“Are you even listening to me, asshole? YOU. STINK.”

Van Gogh once spoke of a great burning fire within him, but no one stopped to warm themselves at it, and passers-by only saw a wisp of smoke.

I flick my cigarette at her, the sparked embers showering her chest and forcing a momentary retreat.

I light another without so much as a glance back. The illusive train is there on the canvas—I can feel it floating in the abstract of conception, calling to me for the first time in weeks, leaving the station of my discontent—but Marion’s voice grates all over my process. How can my so-called muse be so distracting? As empty as the passenger car I envision?

“Have you lost your mind?!”

I don’t know how it happened, but she went from being my inspiration to my lack of it almost overnight. I remember sketching a portrait of her as a small girl walking hand-in-hand with her adult counterpart. It was noble—exquisite in a way words can’t describe—but the more I studied it, the more I realized it for the lie it told. Somewhere between innocence and age, she lost her hypnotic power over me. I tried to hang onto this illusion of Marion, but the goddess I had sketched with love and painstaking detail was not the bitter harpy in my bed. I couldn’t live with the dishonesty of it. It was too good for such an ungrateful soul and I knew it was meant for another, a muse I was desperate to find but would never know.

My muse was used up with nothing left to give. In torment, I tossed it in the trash, the last piece of art I created.

“I bought this dress for your exhibit, asshole! You know, the one you have shit to show for, you limp-dick piece of shit! I should’ve never let you move in,” she rants, brushing embers from her dress. My mind is lost in a sea of white, searching for the vacant passenger car and its meaning, but her screams are tin snipped piano wires slashing my face, gouging my eyes. “I thought after all the success from before you were really going to do something with your life. I thought maybe you might pull yourself together and get us out of this dump, but oh, no! All you do is gape at that canvas like an idiot, stinking to high heaven and mooching off me! Pack your bags and get the hell out of my life!”

It clicks at once, the image materializing right before my eyes—the meaning crystal clear. Van Gogh once proposed that if we can take a train to reach a destination, then perhaps we take death to reach a star. Maybe the empty train isn’t for me, but for my muse. Maybe she can still rejuvenate my passion.

“What a miserable waste you are! I’ve taken shits with more initiative than you!”

Maybe sending my muse to the stars is all she has left to give.

Van Gogh admitted he was often in misery, but in spite of it, there was still music, pure harmony and calmness inside him. I know what he means as I wrap my hands around her throat and squeeze. The harder I crush her larynx, the more this mental block lifts. There’s music in her gasps as I bash her head against the floor, melodies in her bloody gurgles.

I gaze into the starry night of her glazed over eyes and paint with a passion I’ve never known—her empty passenger car representing her love for me, the filthy floors her intensions, the shattered glass her expectations. The crime scene tape drapes over the seats like a silk ribbon as she travels into the hereafter, forever my muse. Marion’s train to the stars.

Even in death, she finds ways to transform herself, to rekindle my imagination. I’m amazed at how much more she has left to give!

How brilliant a medium her blood is!

How pulverized bone adds so much contrast, so much texture to the scene!

How far her skin stretches to make canvas!

Van Gogh said he put his heart and soul into his work and lost his mind in the process. But with all my muse has given me, I’ve never felt more inspired.

3 thoughts on “#STITCHEDSATURDAY – Mike Lane (another one!)”