The Bean Sidhe–or banshees–are fairies of Irish legend said to be the harbingers of death. It is said that each of the major ancient families of Ireland were blessed with a familial banshee, which would wail and keen when the death of a family member was imminent. When the “caoine”–or wail–of a banshee was heard, it struck terror in the hearts of mortals, for they knew that something terrible was due to happen any moment.

The banshee of the ancient O’Brien family was rumored to be named Eevul, and it was believed she held a position of authority amongst the other banshees; in times of great tragedy, it was said Eevul could summon the rest of the banshees to her side, where they would all keen together in a show of shared support and sorrow.

“The Caoine of Eevul” and “Song of the Banshees” are companion pieces I wrote regarding the banshees. I hope you enjoy. 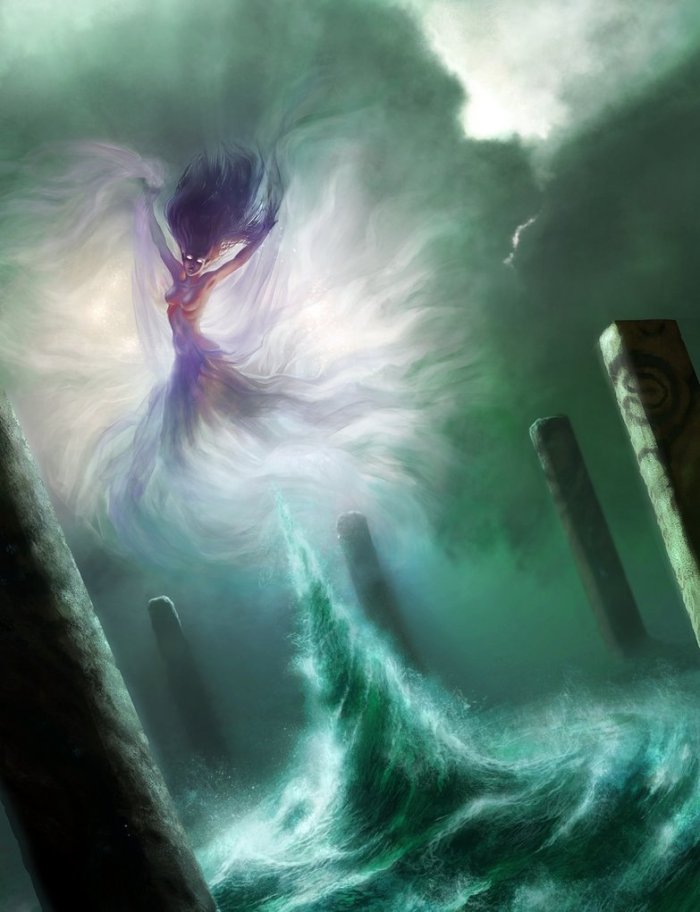 “They have forgotten us, Eevul. We are nothing more than legend to them now.”

“Aye, I know. But they are still ours, and we have our duty.”

She turned then, arms outstretched, meeting the gazes of each woman in turn. “Sisters, long has it been since the great families of Ireland left our emerald shores and sailed away to that far off new world. But that does not change who they are. Or who we are.”

Eevul shook her head. “Some will hear. Some will know, and that will have to be enough. What’s coming–what the dawn will bring–it will touch each of our families. We are the Bean Sidhe of Ireland. We have no choice but to keen.”

She waited, letting her words hang in the cool, crisp air of the autumn night. One by one, her sisters nodded; their assent brought a sense of relief, but no joy. Her heart heavy, she turned and led them to their faerie hill.

Since the beginning of time, they’d stood here and sang. Back when the Tuatha Dé Danann ruled and the faeries ventured from their raths, free to dance along the wind. Always, this had been their place. It was still, and forever would it be.

Mist rose from the grass as the banshees crested the mound. Intertwining, it embraced them, welcoming them like long lost lovers. Eevul breathed deep, accepting the mantle of power as it settled on her shoulders. Her fate was not an easy one to bear; it was heavy, cumbersome and often, unwanted. But it was hers. Theirs. Tonight they would carry it together, worn with grief, yet led by duty.

Tall and proud, she stepped to the head of the circle, her sisters gathering around her. She raised her arms and lifted her face to the sky, crimson locks raining fire down her back, skin pale in the moonlight.

“Now is the time, sisters. Take my hands, as I take yours. Share my sorrow, as I share yours. Sing my song, as I sing yours. Will you do this?”

A chorus of consent surrounded her, the voices of her sisters raised up in acceptance. Warm fingers gripped hers, locking tightly. She held on, grateful. Their presence blanketed her in comfort, enveloping her and granting her the security necessary to do what this night demanded. She needed her sisters, for they were all she had left. It was true; the O’Brien’s had forgotten her, letting her fade into nothing but a myth.

If that only were so. But she could not forget.

When all had joined hands, when the circle was complete, they began. Standing upon their ancient hill, arms outstretched and raised in offering, their voices lifted in a wailing lament. The sound was shrill, yet harmonious, as the plethora of their voices blended into a single keen of mournful despair.

Power flowed, racing across the land and over the sea, carrying their song far and wide. The wind rose up, whipping through Eevul’s hair, her silver robe slapping against skin chilled by desolation. It mimicked their notes, shrieking through slumbering villages and across barren graveyards, where only the ghosts of the dead dared to walk.

Through it all, Eevul endured the shattering of her heart. Come the dawn, many would be lost. She could not save them. All she could do was hope, futile as it was, that perhaps, if the gods were willing, her people might somehow hear her. Twin tears streaked down her cheeks, but her voice did not falter. She couldn’t stop the sign of sadness, but she was too proud to fail.

For what seemed an eternity, the harsh melody of the banshees sounded. In their beds, wrinkled men shivered and old crones shook. They heard. They knew.

Finally, the strength of her voice gave out; her song ended. One by one, the voices of her sisters died away until only an eerie silence remained. Goosebumps popped up along her flesh. She ignored them. Tossing her head, she again met the gaze of each of her sisters in turn.

“You have done well this night. I thank you. May each of you find peace in the coming storm.”

Nodding in return, they all dropped hands, laced fingers falling away, the circle shattered into pieces. With whispered murmurs, they turned and moved down the hill, fading away, swallowed up by the darkness.

Eevul watched them go. A dissonant peace settled over her, as it always did after a keen. There was nothing more she could do. Sending up a prayer that the gods be merciful, she closed her eyes and disappeared into nothing.

The sun rose on New York City early that morning. Lissa O’Brien woke, discomforted, the echoes of an unknown voice resounding in her head. A dream … She was sure she’d had a dream. But her mind was an empty page, offering her no hints. Why did she feel like something was wrong?

She sat up, groggy from sleep and rubbed her eyes. Glancing around, her gaze fell on a note next to her pillow. Her husband’s sloppy handwriting scrawled across the paper.

Hey honey, had to go into the office early this morning. Didn’t want to wake you. I’ll see you tonight. I love you.

A chill scuttled down Lissa’s spine as an unexplainable sense of dread settled over her. Her husband never went into work early. Why today? And why did she feel as though she’d never hold him in her arms again? It had to be that dream. Something about that dream …

She shook herself. She was being morbid. Silly. She just needed coffee. Swinging her legs from the bed, she rose and walked into the kitchen. Out of habit, she grabbed the remote and flipped the television on.

The scream that ripped through her lungs was one of shock and denial. Her legs collapsed beneath her. As she slipped from consciousness, her gaze passed over the wall calendar hanging above the television. The date seared itself along the back of her eyes.

“Song of the Banshees”

There is a hill in emerald Ireland.

and when the wind blows fierce off Ardmore Bay

the banshees appear and their voices blend.

Their long locks crimson, skin pale as the moon,

they stand on the hill, their strong arms spread wide

wailing and keening with sorrowful pride

warning the folk of an impending doom.

On a cold, autumn night, some years ago

yet harshly harmonious was their song:

An omen to mark the coming sorrow.

On the next morn, three thousand miles away,

the two towers fell before our shocked gaze. 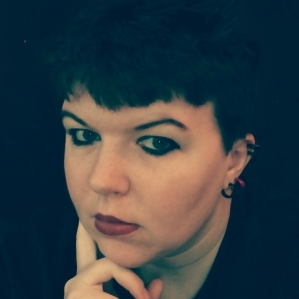 Briana Robertson is an emerging speculative fiction author, working primarily within the genres of horror and fantasy. Her love of authors such as Stephen King, Shirley Jackson, Patrick Rothfuss, and J.K. Rowling has developed her own need to put pen to paper. Her short stories have been published in several anthologies, and broadcast on online podcasts. Her debut novel is in the works, set to release in 2017. She currently lives in the Midwest, with her husband, three daughters, and their Maine Coon, Bagheera. Be sure to visit her website, as well as follow her on Facebook, Twitter, Instagram, WordPress, and Pinterest.

I'm an emerging speculative fiction writer, working primarily within the genres of fantasy and horror. I currently work for The Ed Greenwood Group and Stitched Smile Publications. View all posts by brianarauthor

One thought on “Song of the Banshees”